The man the legend Horatio Caine, protector of the innocent, master of all things ridiculous!

Born in 1957, Caine’s parents named him after author Horatio Alger. Before he moved to Miami, Caine worked in New York City as detective with the NYPD. It was there that he killed the man who murdered his mother: his own father. In 1995, while on the job, he was stabbed while investigating a case in which children were locked in closets while their parents were murdered.

Simply the coolest investigator in Miami, Horatio Caine is more than a man, he is a way of life with five basic rules: 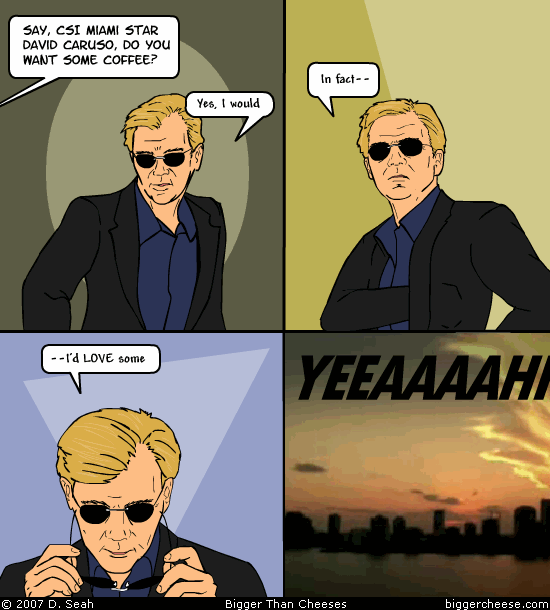